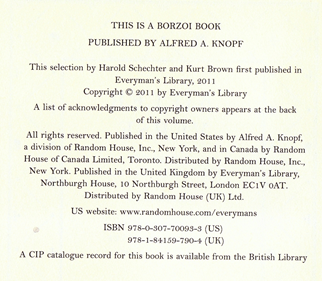 J.Z., the eighteen-year-old who is accused of killing and mutilating
his next-door neighbor, was a hard, lonely teenager with a short fuse.

Now, he is charged with one of the most gruesome crimes
in recent New Jersey history.

The authorities say that the killing might have been premeditated.
Mr. Z. had sent a flurry of instant messages over his computer to lure Miss J.P.

into his basement, where he killed her while his father and stepmother
were sleeping upstairs in their home in Randolph,

a quaint bedroom community about forty miles west of Manhattan.
She was a bit of a loner and so was he.  He wore baggy pants,

loved his rap and got into fights over nothing.
She spent a lot of time playing by herself on her backyard trampoline.

They obviously had some sort of relationship.
But it is not clear what kind. Her parents are from New Jersey

and have a bumper sticker on their truck that says “Rednecks Rule”.
His parents hail from Peru originally from the obscure

tribal area near Cuzco. ”Whether it is in the post office, the Wal-Mart parking lot
or wherever, this keeps coming up and nobody can believe it,” said J.K.,

a high school Randolph Bulldogs coach.  Miss P. seems to have endured
a lot of cruelty. She was teased for being chubby and a slow learner.

into his basement allegedly to watch T.V. After some arguing
over an unknown subject Mr. Z. killed her with an aluminum pole

and kitchen knife, cut her legs off at the knees and stuck her
in a footlocker. He waited a day, with her body in the back of his father’s Jeep,

before recruiting his 14-year-old brother and one of the brother’s friends
after the party to help him get rid of her body. Mr. O’Donnell,

police sergeant off duty on the way home spotted an illegal dumping
and caught the three on a one lane stone bridge at 3 a.m.

about to heave the trunk into the Passaic River. Mr. Z. is charged
with first degree murder, the 14-year-olds with disposal of human remains.

“There are always two sides,” said Mr. Abruscato, Mr. Z’s lawyer,
“While the issue of guilt might not be in question, there is a question

of how guilty he is. And you’ll see, a lot more is going to come out on this
before it is over.” Randolph is a slice of woodsy suburbia,

a township of 25,000, that has had one murder in the past ten years.
Neat ranches sit at the end of long driveways and the whiff of horses

hangs in the evening air mixed with a faint touch of died out barbecue smoke.
But there are trade-offs.  There is no town center, no Dairy Queen, no movie theaters

and on hot damp summer nights, teenagers say,
there is absolutely nothing to do.